It started out pretty quietly.

I went to Village Hall to take a look at the plans for an addition our neighbors at 5, Lockwood Road were proposing. More on that later... Can't believe they can build so much !!!

Then, I went downstairs to the Tax Office to take a look at the taxes we have been paying for the past 15 years. I am sure our taxes have outpaced the CPI. More on that later as well.

But this is what I saw at 10:59 a.m. Friday, February 3rd at the entrance to Village Hall.

The meetings calendar thought it was still Monday January 30, 2017: 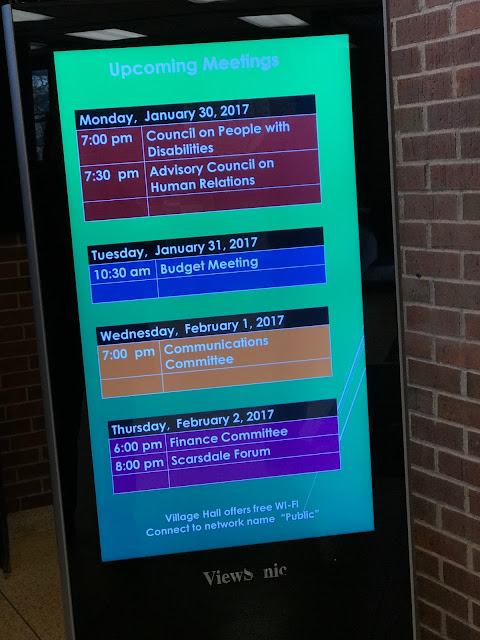 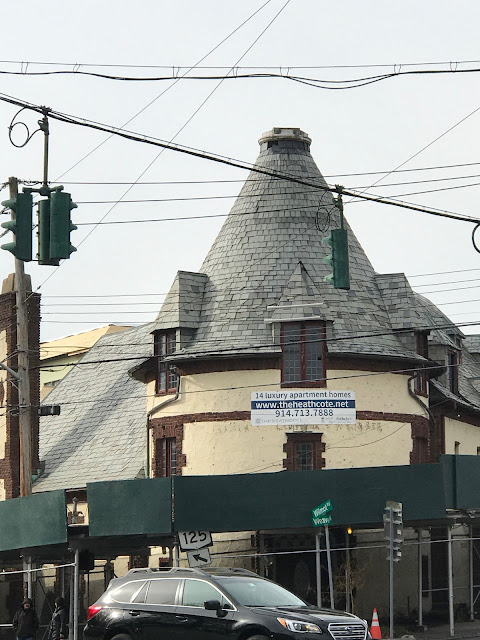 Then on my way to my weekly visit to our Recycling Center, I drove  past Heathcote Five Corners.

My eyes have been searching for the cupola since Sandy made it fly...It is still missing. We had informed the owner many years ago and they had promised to get it up there "soon"...They are supposed to preserve the Tavern building. The cannot even take care of the cupola.
More than 4 years later...

What happened to affordable housing apartment ? Did they forget that too ?
Is it a coincidence that just recently the Forum had a program on Alzheimer's ? Don't they  wish we all had Alzheimer's ?.... 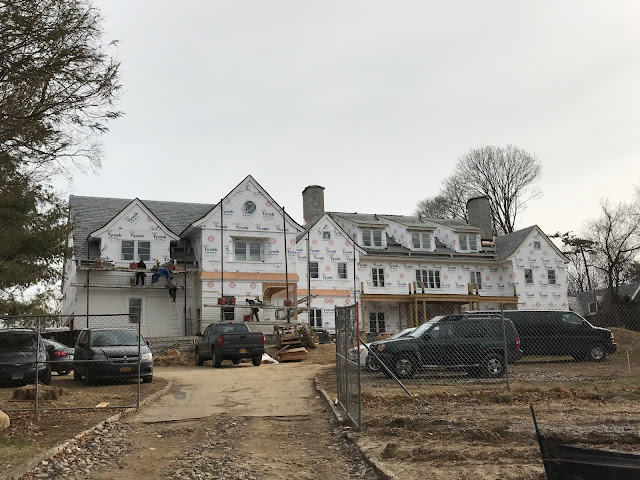 Then I drove around a little. This house is being built in the Heathcote section with plenty of space

around it and architectural details to make it an interesting house. 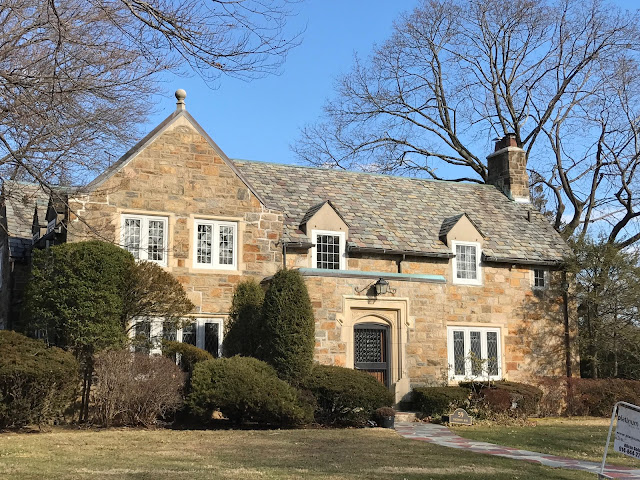 House for sale on Lockwood Road by Harrisson's family Platinum. 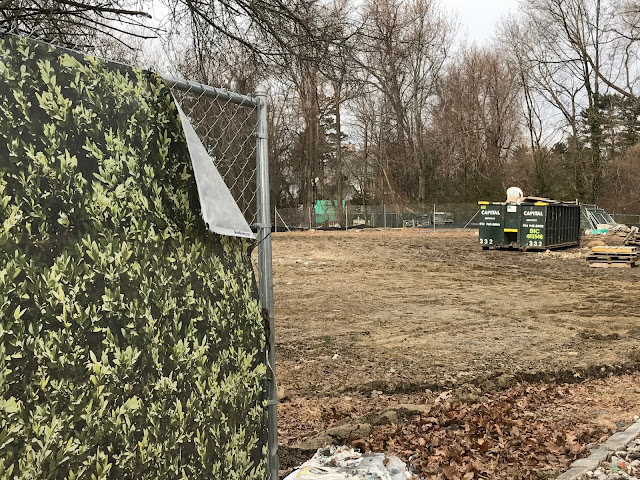 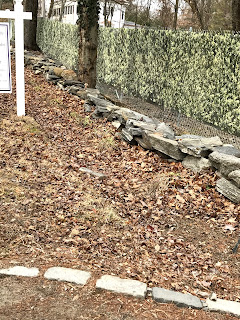 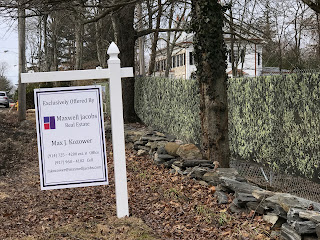 Construction On Murray Hill. Looks like another Twin Oaks mansion in the works. 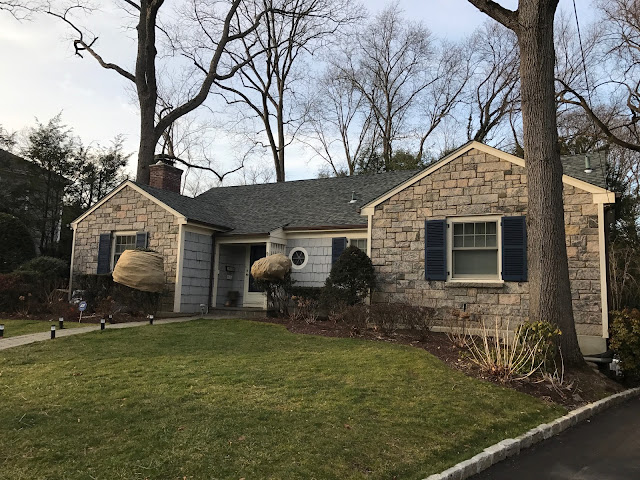 9 Ogden Road. A loved and cared for beauty that does not deserve to be among the box houses below. 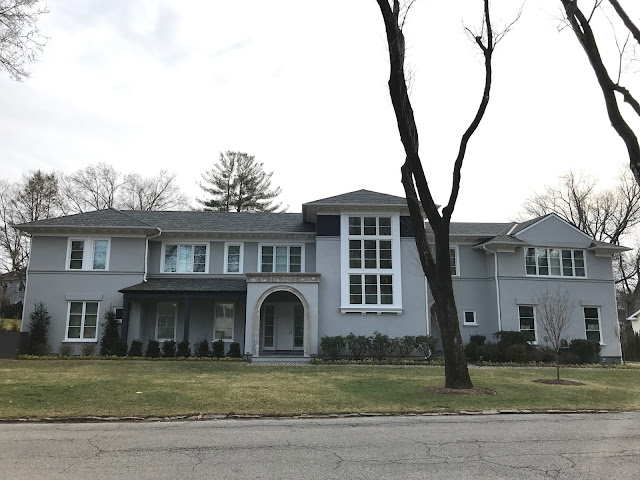 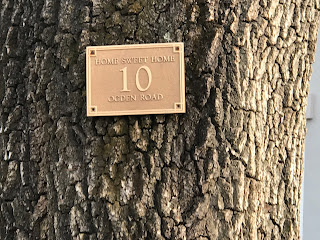 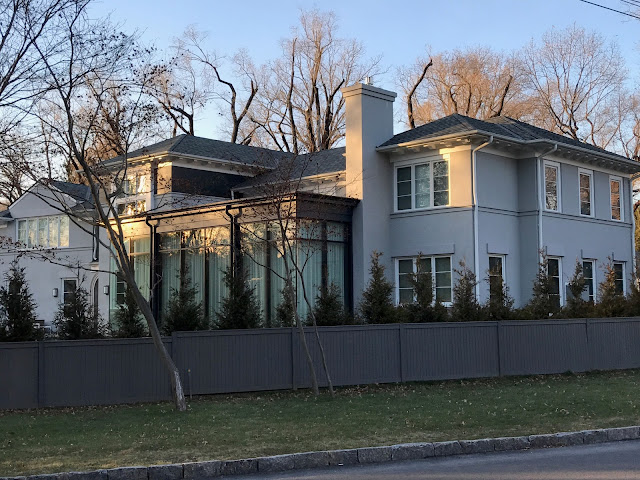 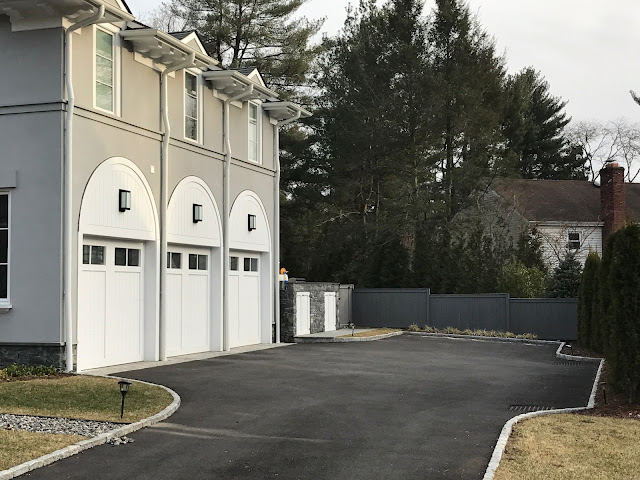 The above four pictures were taken at 10 Ogden Road.

A recent addition to our architectural heritage in the "unwanted" section. A big box house.... 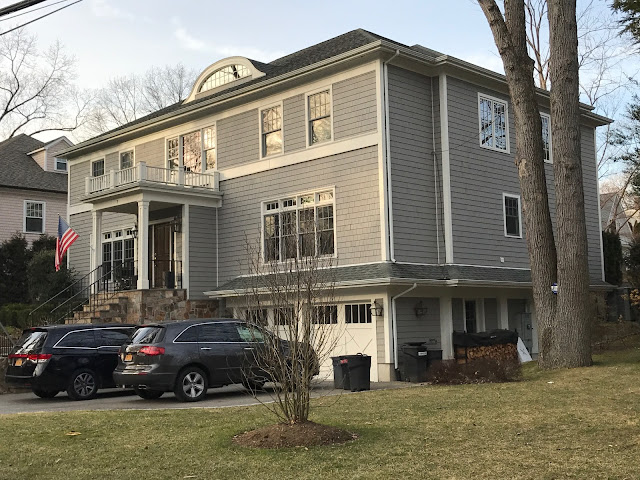 Perfect example above of a box house at 7 Ogden Road, we were supposed to avoid.
There are architects not butchers who serve on the BAR, and approve such houses I am told.

When they were approving 10 Ogden Road, they kept saying: "it will be screened"... Like that lessens the impact on the environment, causes less pain on the observer... Some planning, some sensitivity. Not acceptable. Not any more.

Scarsdale cannot be home to such decadence, such impropriety, such callous architecture, so much insensitivity.

Here below, a beauty at 9 Wayside Lane, not too far from Ogden Road: 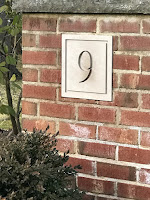 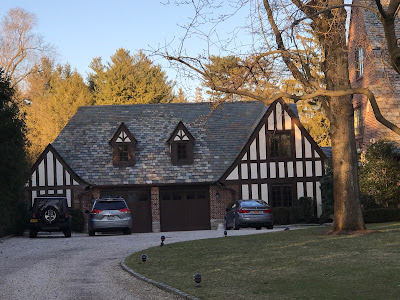 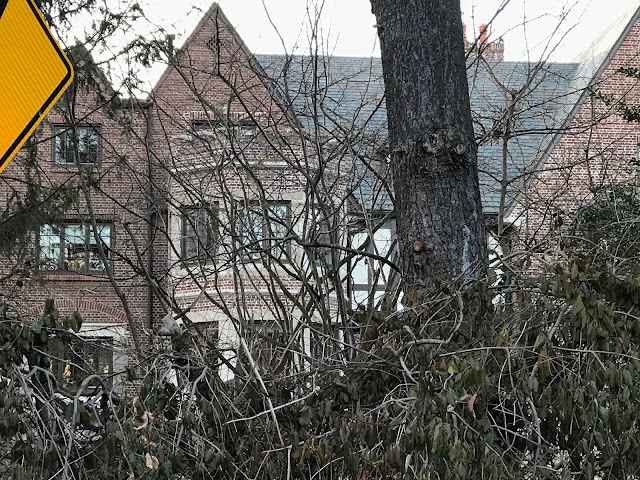 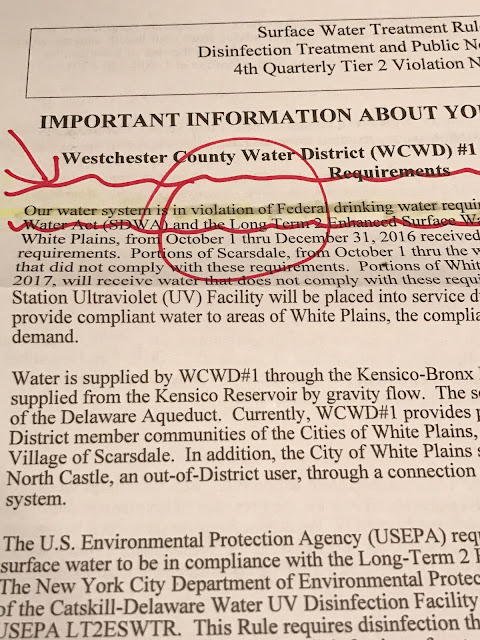 Icing on the cake, or in the mail: our water bill. Once again, our water failed the test. We have been getting this notice for quite a while now. They cannot deliver clean water, they cannot repair our roads. But we need a new library... Logic anyone ?

Later in the afternoon I had to check out the tag sale at 37 Olmsted Road. Well, who do I run into ? None other than Ms. Joanne Wallenstein the editor of Scarsdale10583.com.

Even though, I did not want talk to her, I said  "I do not talk to reporters", she got a few words out of me.About the two houses "saved" this week, about the slate running against the CNC's in the local elections. I saw her  handing out a card to the woman running the tag sale and said she could run their ad. Still, kudos to her doing all this by herself on Scarsdale10583.com. I hear she has three grown kids by now.

I did not want to talk to her because she censors my articles. She does not publish anything critical of the NP. Further, she creates fictitious characters to post comments on the news articles she writes to stir up feelings  and create traffic to her site. She needs hits to her site. The equivalent of newspapers published for her ads. She is often the author of such comments: "Greenacre resident " or any other pseudonym she chooses. Hence she got Mayra's criticism for her double standard. When she requires real names, nobody writes. Wonder why...

See my post on Resident Volunteers published Click here, please. in January. She did not publish it.

The Scarsdale Inquirer did not publish it either. I had the same problems with Linda Leavitt. But, here we are in 2017. I can publish on the Internet. Please spread the word, forward to like minded residents. Thank you !

As I tried to explain earlier in the day in many e-mails exchanged with Ms. Mayra Kirkendall-Rodriguez:

The smart vote, the smarter don't.

Especially when the choices were between bad and worse or this and that- fill in the blank...

More than 39 % of eligible voters stayed home during the last election.

They did not vote. Who would have voted given the candidates we had ? I certainly did not.

In a similar manner, who would want to vote for another slate perpetuating the "status quo" in Scarsdale ? More lawyers serving lawyers only ? Supposedly opposing...

Read in between the lines. Advancing their cause. I am a lawyer, clause and cause.

And then just another day in Scarsdale came to an end.

Do not click on some screen that shows upon your screen pretending it is coming from Google and announcing that it is going to clean your computer because you have a virus. That same thing is the virus. Just turn off your computer, wait a while. Turn it back on, it will be gone. Remember do not click on anything suspicious.

This is like the CHP, you think they will preserve. They do anything but !

P.S. As of 11:09 a.m.  Saturday morning February 3rd, 2017, still revising this post, still no word after the last e-mail I sent yesterday to Mr. Pappalardo and to our Board.  They must be busy gathering all the e-mails and making sure these e-mails are fit for all to see...Sanitary check.

Didn't they know they could get FOIL'ed ?

Why delay ? I put my e-mails on the Internet right away.

And now, I have to go again. Have a good day, everyone !

P.P.S. Please note, once published I try not to change content of posts too much, but at times may make minor changes and/or add more pictures to illustrate my point better. I hope you understand this new form of publishing: ephemeral and eternal all simultaneously.