Some BAR applications and some decisions for the February 27, 2017 meeting

I could not attend the BAR meeting last night with its 24 applications. Apparently some BAR members had the same ailment...

It was three weeks' accumulation since  Village Hall  was closed last Monday due to the Presidents' Day holiday. I think they should not allow more than 10 applications per evening. It is just too much and one looses the capacity to judge or absorb any more information after about nine of these...No, since they are volunteers, pile on. Well, these volunteers also do not show up.

I called up the Building Department this afternoon and spoke with Roseanne. In attendance were only 4 members. Jessica did not show up. Jack Scott Miller was the Chair.  Dan Finger, Larry Diamond and Jamie Kayan were also in attendance. The meeting lasted till 10:45 p.m.

All four had to agree on any application since they needed a quorum. For 23 Innes, Dan Finger recused himself since he lives on the street. I do not understand why that is a reason for recusal. But then there is a lot I do understand in this Village. So, under such unfavorable conditions, 23 Innes decided to withdraw their application. I hope they will withdraw their application altogether and keep the old house with the real slate and stone instead of all the artificial stuff they are proposing. The houses they build look like Hollywood make-believe houses, all artificial. Filmed and gone in a day.

I was at Village Hall from about 3-4 p.m. looking at  various applications Monday afternoon. In case you are interested:

These are the plans for 23 Innes road: 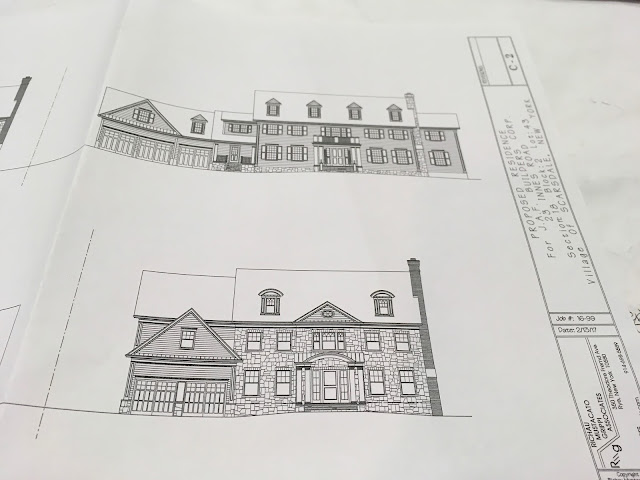 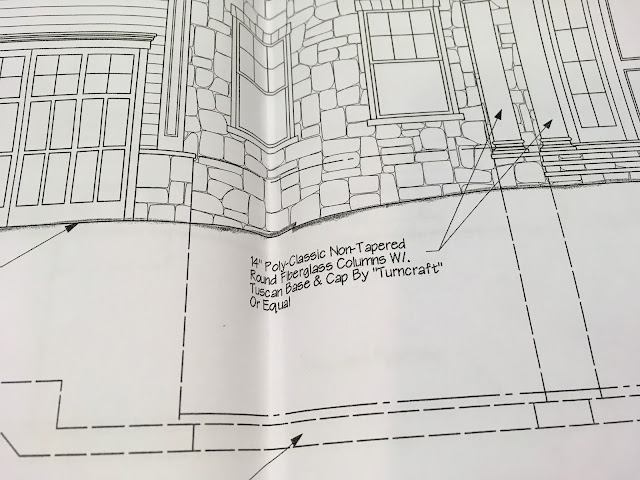 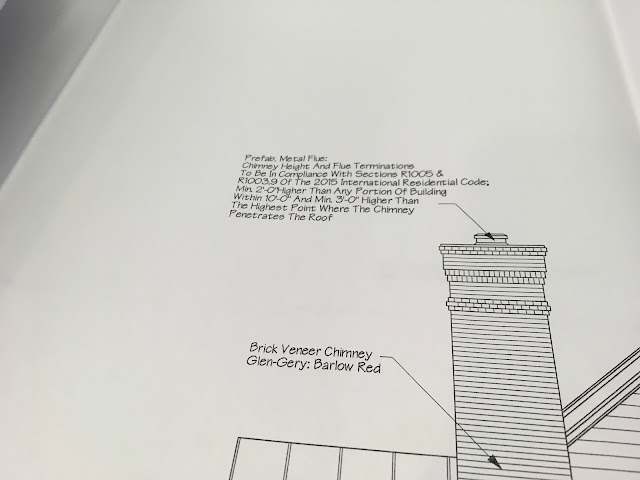 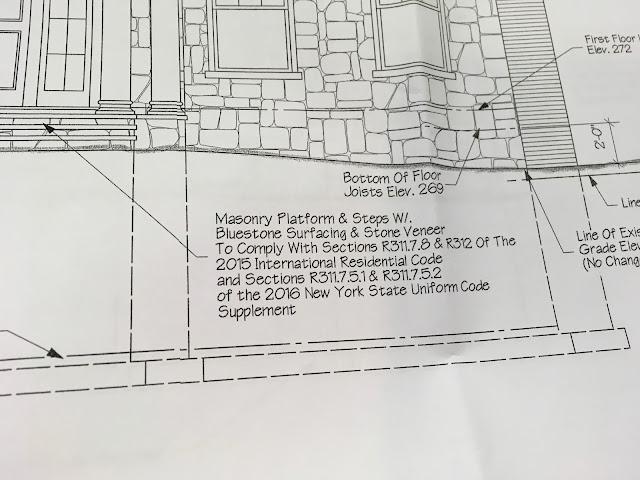 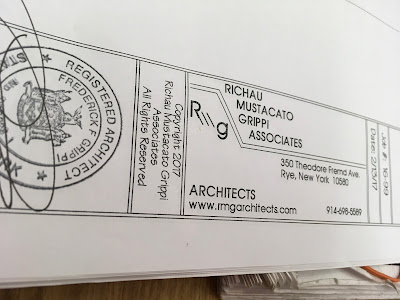 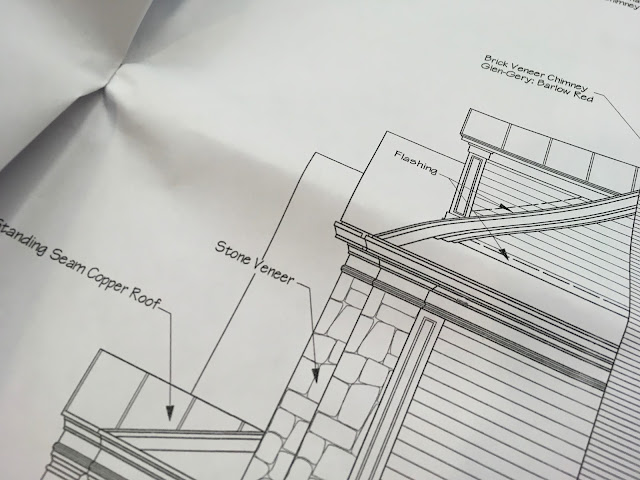 Stone veneer, brick veneer... They had real stone with the house there. They cannot even bother to recycle...They should be banished from this town. I think they are all veneer too. They should not be allowed to build any more in this town. The damage they have done is like no other. 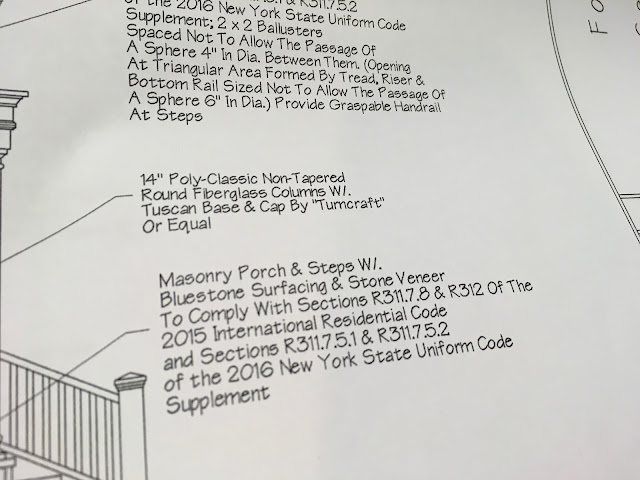 This is for 61 Franklin Road: They were approved after three submissions. Looking forward to synthetic stucco I can spot a mile away... I suppose they kept that. 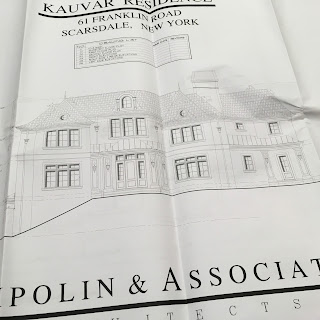 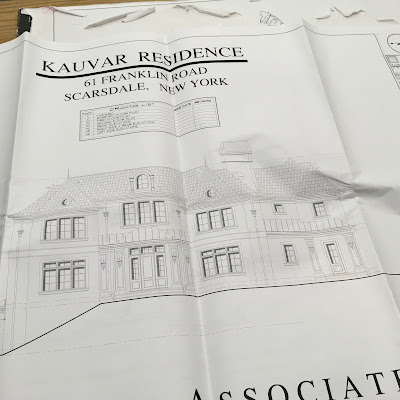 This is the Eilon Amidor residence at 18 Cornell Road. They have to resubmit. 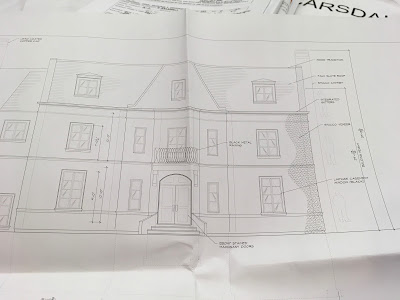 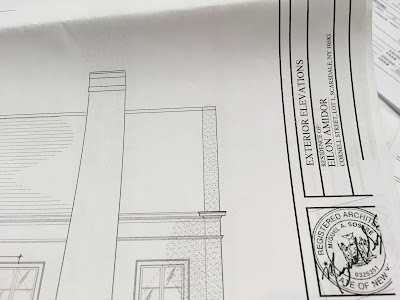 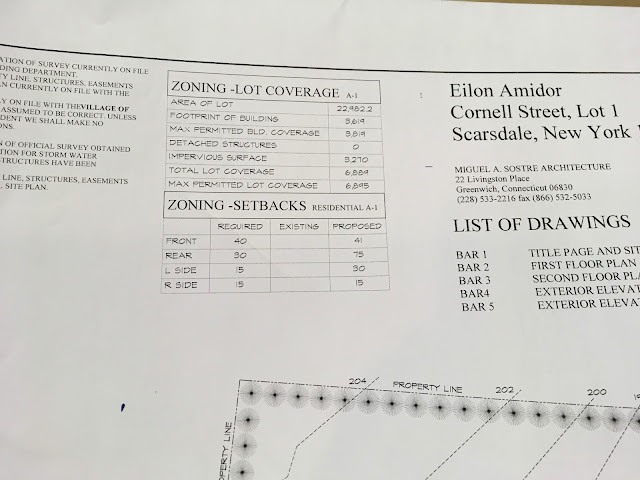 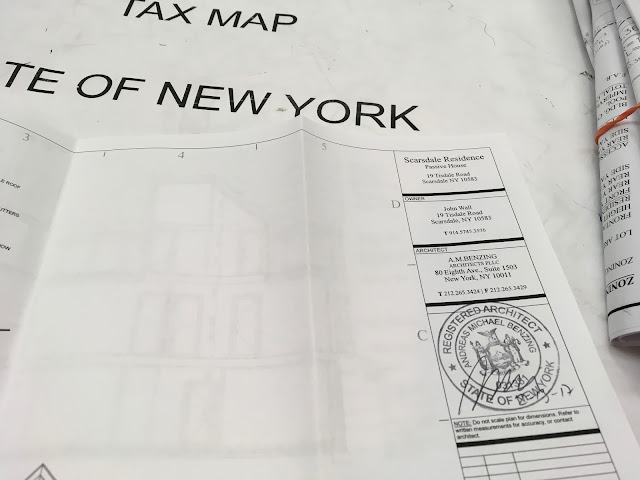 This is 18 Cornell. Must resubmit. 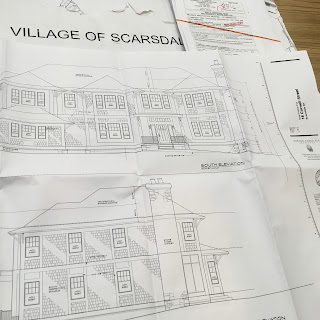 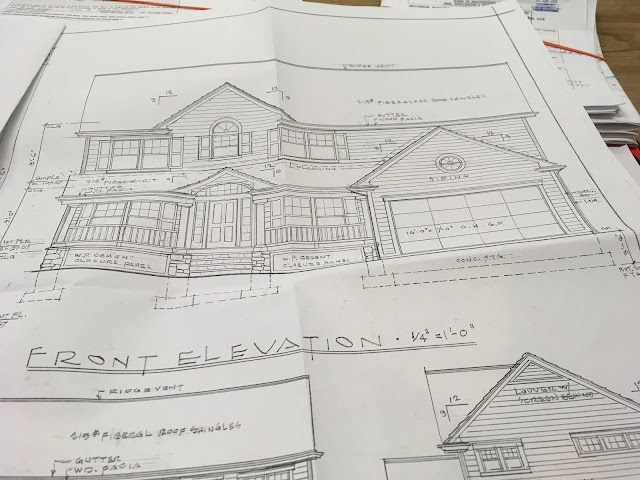 This is 27 Ferncliff. Must resubmit. 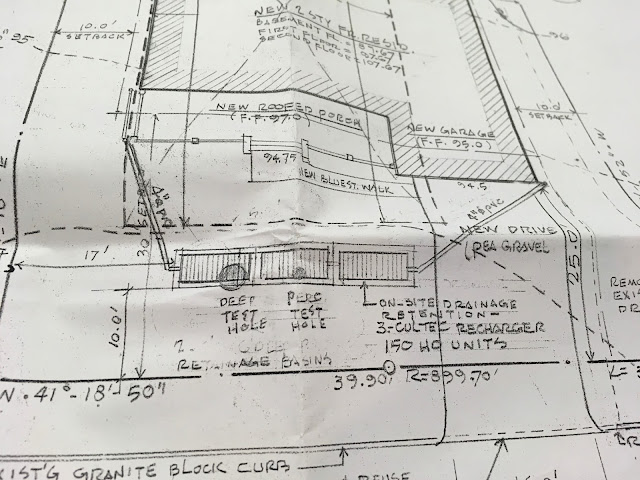 I was fascinated by the Cultec rechargers. Must have some drainage issues. Must keep fingers crossed another Sandy does not show up !

You can go here to see all the decisions: Click, here, please.

1109 Post Road let the Building Department know before the meeting that they had failed to give proper notice to the neighbors, so they withdrew their application.