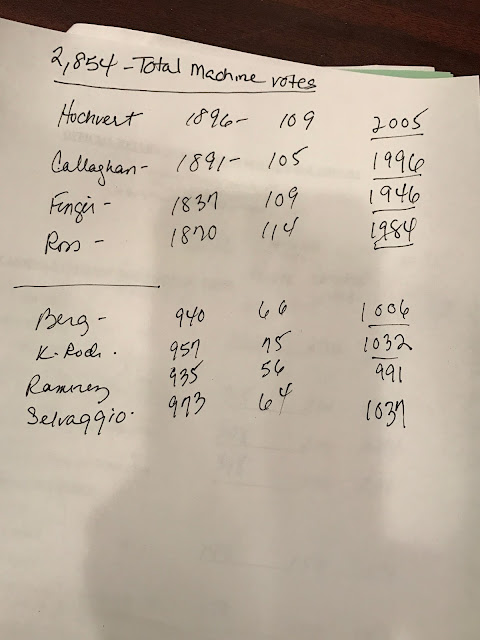 As you can see from the above, it is the most number of votes cast that counts, per our Town Clerk.

So, if Kirkendall-Rodriguez had gotten more votes than Callaghan's 1996 for example, then he would have won a seat as Trustee. Even though we are told to vote by the slate, I learned we don't have to and many don't.

People vote for one and not the others, etc., etc. Still a lot of confusion, murky waters around elections...