Very busy Saturday morning at Secor Road Recycling Center as compost was given away to the community that so diligently had been gathering its food scraps now for about four months or since January, 2017. People came in with their containers, filled them up and drove away.

This was the scene at about 9:15 a.m. Saturday morning. I brought in my pail, realized people had come in with much bigger containers. I was preparing to get hold of a shovel, when a gentleman sensing my ineptitude offered his help and with two full swoops filled up my pail. Off I went and he resumed his chore... Black gold !

It was nice to see our Village manager Steve Pappalardo as well as Benny Salanitro on the scene. 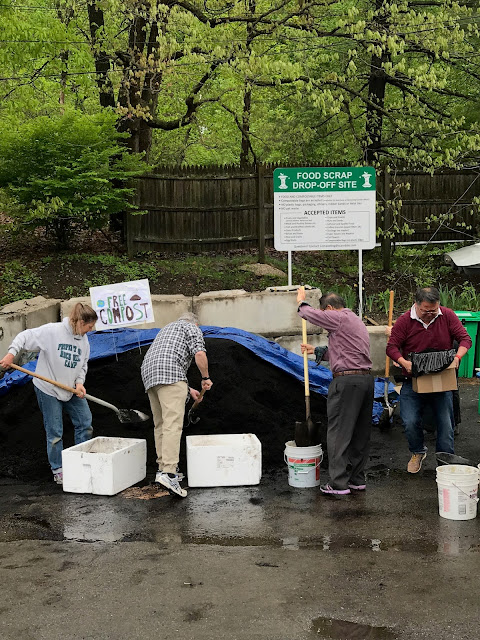