There had to be four consenting members of the CHP to bring down 937 Post Road.

Two voted "yes" and two voted "no". Lucas Meyer and Bana Choura recused themselves of this portion of the meeting.

Lucas is on the board of the Historical Society of Scarsdale and Bana is an architect who could be working for the contract vendee on the project, i.e. the entity who wants to purchase the property.

That left four members of the CHP who had to decide. Bruce Wells and Adam Lindenbaum said: "yes". Bob Scheibe and David Paul dissented.

We learned that Susan B. Anthony came to this Quaker House, taught there. Do you need any other reason to keep a house ?...

Why demolish  such a house ? I guess they think they will uncover Roman treasures soon that they will want to keep.

This is what we have, this is what we should honor and keep. Not put into agendas and discuss destruction thereof. To destroy takes seconds, to build forever. You are always building, building on old memories, on old experiences.

Pictured below, members who voted tonight. One on the left, three members on the right.

Back of Randy Guggenheimer and Lucas Meyer in front of me taking the picture. 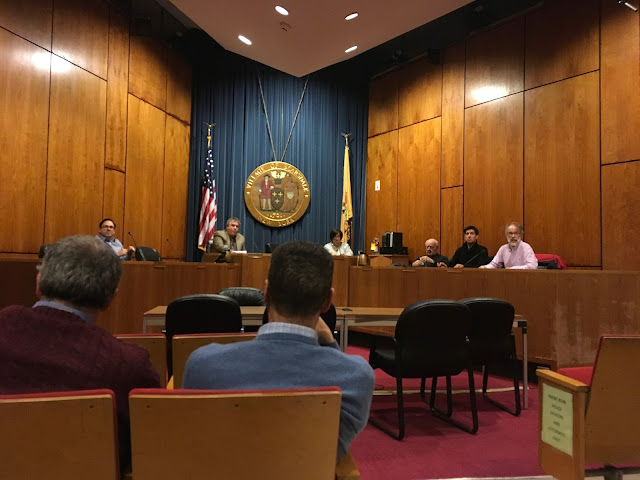 Here below, the decisions of the CHP as posted this morning on the village website: 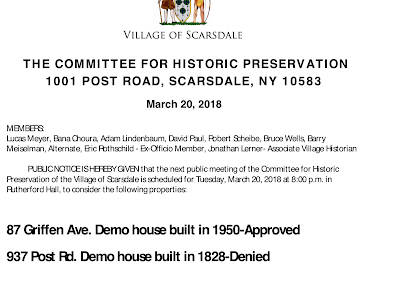 I called the Historical Society this morning, March 21 and had a conversation with Randy Guggenheimer, the president who answered the phone. I became member of the Society hoping to get more involved, instead I learned they are just planning to sell all their properties and exist virtually...He referred me to their website.

The Cudner -Hyatt house will be preserved with the new owner, but the Meeting House they thought could just be demolished...

The Cudner-Hyatt house will no longer be accessible to the public.