BAR Listens to Developers not Residents, again !!! May 5 and July 11 meetings...

My letter to the Scarsdale Inquirer is published in its July15, 2022 edition:

Here below is my letter as published in today's paper, and further below my letter sent in an e-mail and further still partially, as the letter appears online if you have a digital subscription to Scarsdale News: 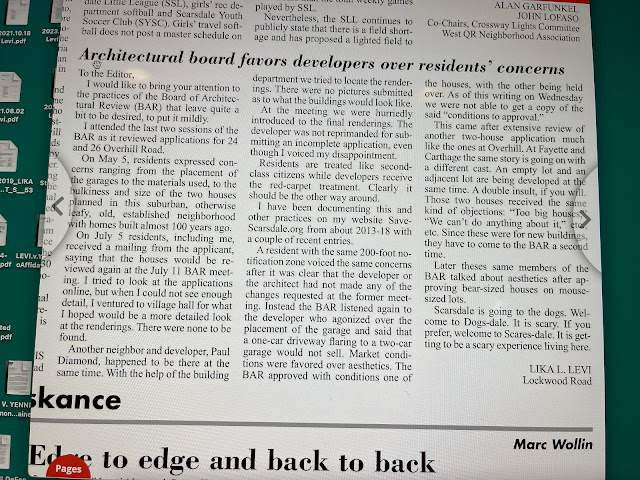 This is what was sent to the Editor:

Dear Editor,
I would like to bring your attention to the practices of the BAR that leave quite a bit to be desired to put it mildly.
I attended the the last two sessions of the BAR as it reviewed the applications for 24 and 26 Overhill Road.
On May 5th, residents expressed concerns ranging from the placement of the garages to the materials used, to the bulkiness and size of the two houses planned in this suburban, otherwise leafy, old, established neighborhood with homes going back to almost 100 years….
On July 5th we received a mailing from the applicant, that the houses would be reviewed once again at the July 11th meeting of the BAR. I am one of the residents who received the mailing. I tried to look at the applications on line, but when I could not see enough detail ventured too Village Hall for what I hoped would be a more detailed look at the renderings. No, there was none to be found.
Another neighbor and developer Paul Diamond happened to stop by at the same time. With the help of Marshely ( not sure of spelling )  from the Building Department we tried to locate same. No, there was none. There were no pictures submitted as to what the buildings would look like finally.
Instead at the meeting we were hurriedly introduced to the final renderings. The developer was not reprimanded for submitting an incomplete application, even though I voiced my disappointment at same.
No residents are treated like second class citizens while developers rceive the red-carpet treatment. Clearly it should be the other way around.
I have been documenting this and other practices on my website Save-Scarsdale. org from about 2013-2018 with a couple of entries lately.
A resident with the same 200ft. notification zone,  voiced the same concerns after it was clear that the developer or the architect had not made any to the changes requested at the former meeting. Instead the BAR listened again to the developer who agonized over the placement of the garage and said that a one car driveway flaring to a two car garage would not sell. Market conditions were favored over esthetics. The BAR approved with conditions... one of the houses with the other being held over. AS of this writing at 12:20 p.m. Wednesday afternoon we. Were not able to get a copy of the said conditions to approval.
This, I must point out came after extensive review of another two house application much like these at Overhill. At Fayette and Carthage the same story is going on with different cast. An empty lot and an adjacent lot are being developed at the same time. A double insult, if you will…Those two houses received the same kind of objections. Too big houses, we can’t do anything about it, etc. etc. Since these were for new buildings, they have to come to the BAR a second time.
Later theses same members of the BAR talked about esthetics after approving bear sized houses on mouse sized lots.
It behooves us all to be served with this kind of volunteers. They are volunteering their  time taking our Village down the drain.
Scarsdale is going to the dogs. Welcome to Dogs- dale… It is scary. If you prefer, welcome to Scare-sdale. It is getting to be a scary experience living here…. 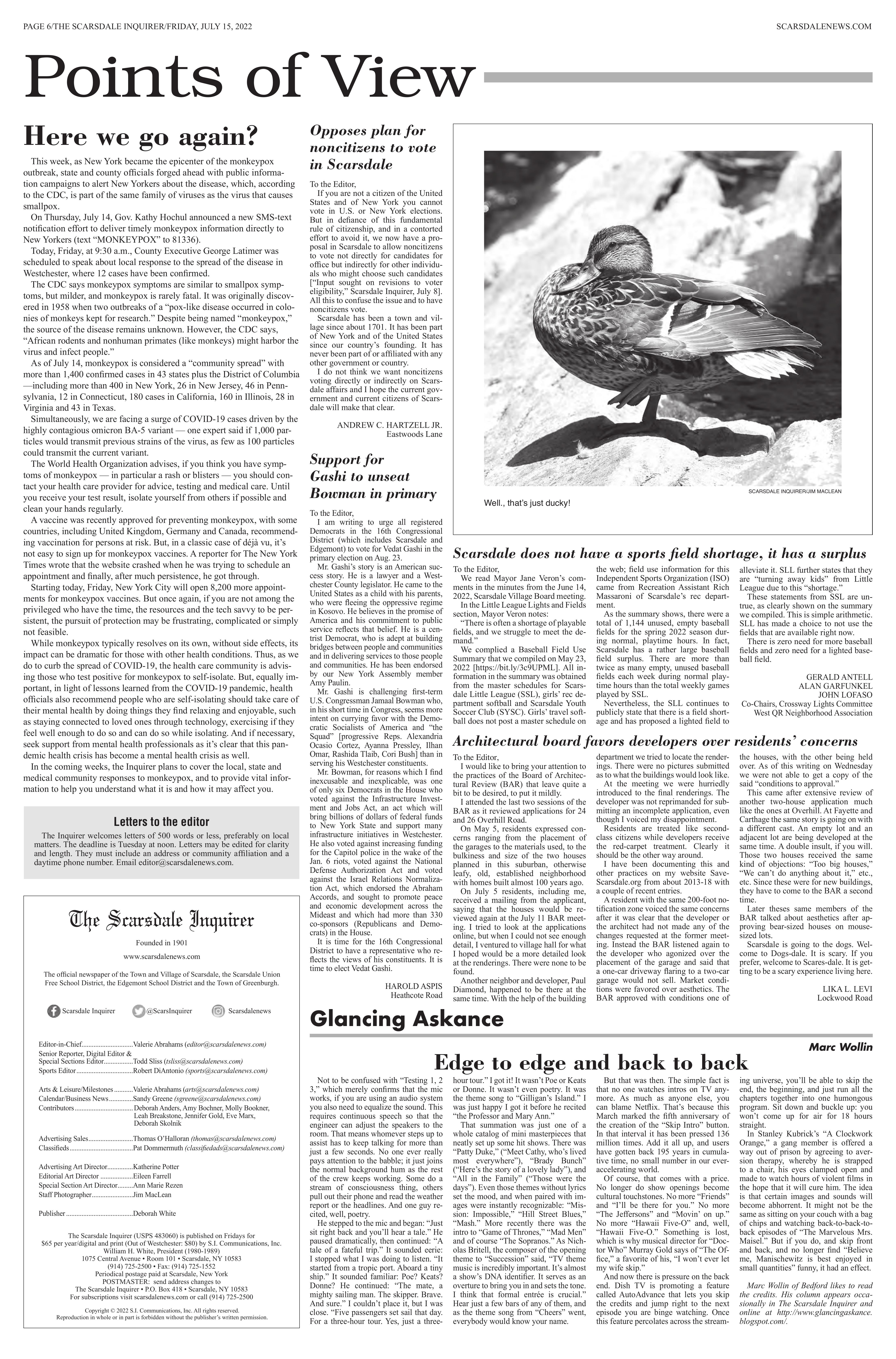